Showing posts from 2016
Show all

Passing "this" Around In Polymer

December 22, 2016
Lately, I have decided to write the front ends for my personal Web projects in Polymer .  It gives me the ability to construct the UI, and even tie in AJAX actions and database calls , by simply including Web Components as elements in the DOM, just like plain HTML.  To me, it seems less bloated and denser than even Angular 1 (sorry, haven't played with Angular 2 yet), not to mention plain JavaScript or JQuery where you still need to write out most of the interactions between the model, view, controller, and external APIs yourself.  The Web Components aspect was most appealing to me because now I could leverage previous work, standing on the shoulders of giants, rather than reinventing the wheel for the needed interactions.  Better yet, if I use Google's implementations of Web components, I can even get Material styling on my DOM elements with no extra work. However, Polymer suffers from some of the problems I've had with Perl too.  You really need to be in the right fra
Post a Comment
Read more 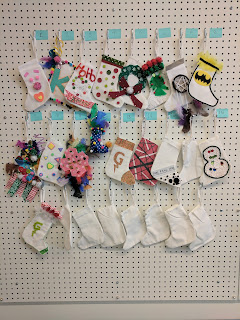 The place I work at during the day tries to foster a whole lot of creativity as we tackle tough problems from many different angles, starting with carefully designed user experiences and including the best performance and functionality in order to delight our customers.  We have incredibly talented people working as leaders and contributors on our tech and design teams, and it takes lots of incentives in order to keep a team such as this together without suffering from attrition.  Many of my coworkers came from the startup world and, for all we know, are only trying to pay off some bills while chasing their great big hit on the side. One particular perk I've had a big hand in lately hasn't quite been mentioned on the Internet yet that I could tell, other than hinted at within various event invitations that you could probably dig up if you tried hard or maybe within social media interactions originating from the attendees, thus I'll refrain from talking about that particul
Post a Comment
Read more 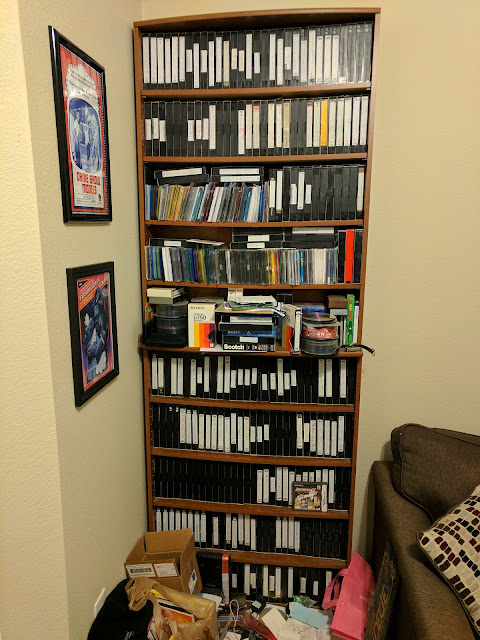 We all have our happy places and fond, cherished memories.  For many, it's taking part in a unique experience or getting distinctive recognition.  For some, it's the time they peaked in life.  And for still others, it's when you won something big on a game show (or at least got to go up and kiss Bob Barker).  And for a select few people, maybe all of these honors happened at once! Whatever the case may be, I would argue that if you didn't have a good time on a game show, you're doing it wrong -- and as such, most people want to relive the adrenaline rush of what it was like to be a contestant, recall that question that set them on their nerves, and that big moment when the payoff landed or it all went bust.  And as the years go by, we all look younger and younger as we watch ourselves on TV through recordings. As someone who owns a game show website featuring a whole lot of clips, accounts, and details, I often get written by contestants and their relatives ask
Post a Comment
Read more

The story of those awesome "shaky benches" from TechWeek Dallas 2016 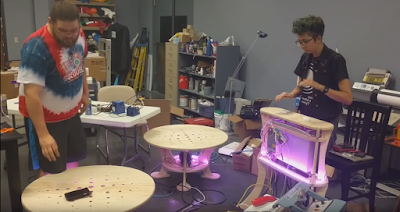 For all this time, I have touted myself as someone familiar and adept at working with hardware, and try to stay on top of all the latest & greatest gadgets in the arena.  Of course, that's very hard to do, and eventually you will find that you've ignored something that virtually everybody else in your circles seems to have already played with.  For me, that was the WS2812 LED strip.  Sure, I've used WS2812 lights recently in an IoT sensor product, but really Stacy wrote that code and we are only driving one of them per board, so it's not truly all that interesting.  Now, it's time for me to get serious with what the WS2812 lights are really meant for. What is (was) TechWeek? TechWeek is an event held in cities across the country. It attempts to discuss various tech trends by bringing together numerous panel discussions on things such as ed-tech [ 1 ] [ 2 ], healthcare , and smart cities , plus individual speakers talking about things like the path to dr
Post a Comment
Read more

Making a ROM hack of an old arcade game

(Addendum: Follow along my thought process below with this extra pedagogical material:  https://www.slideshare.net/StephenWylie3/process-of-arcade-rom-hacking  ) An interesting work project, right? I was invited to take my Giant NES Controller to a recruiting event for work taking place at a local brewery.  But you can't just have an NES controller without anything to play, right?  Thus, I pitched a couple ideas on custom games to go along with the giant controller since I didn't want participants playing anything standard either.  The thing they agreed to was to feature the Tapper arcade game, by Bally/Midway in 1983, but modified to show the brewery's logo instead of being Budweiser-branded like it was originally. My handiwork, about 80% done, and with a tiny glitch.  Can you spot the remaining issues? Now you might be thinking Tapper wasn't ever ported to NES, and that's correct.  However, with the help of the MAME arcade emulator and a Hyperkin USB-&
11 comments
Read more
More posts