Showing posts from December, 2017
Show all

A Cold Wind From the USSR - Part 1 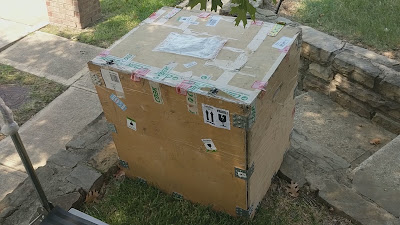 In my retrocomputing adventures, I have sought things not purely based on style alone, but based on combinations of processor, wide 3rd-party adoption and support, and "interesting" factor.  Having picked up at least one system from each common type of processor (8088, x86, Zilog Z80, 6502, 68xx, 68xxx) and the schemes popular in the USA (IBM & compatibles, Apple, Commodore, Amiga, Atari, Tandy), I thought it was time to try for something from overseas.  Plenty of computers were made for the UK market, such as the Amstrad, Acorn, and BBC Micro, and Japan had many interesting varieties of computers offered by NEC alone, not to mention their other manufacturers such as Sharp and Fujitsu. However, really not much is known (in English) about computers from behind the Iron Curtain. A Brief History of Why This Is a Thing One thing that is for sure: in the 1970s, the Soviet Union, in an effort to keep up with rapidly-evolving Western technology, decided to put an end to
2 comments
Read more 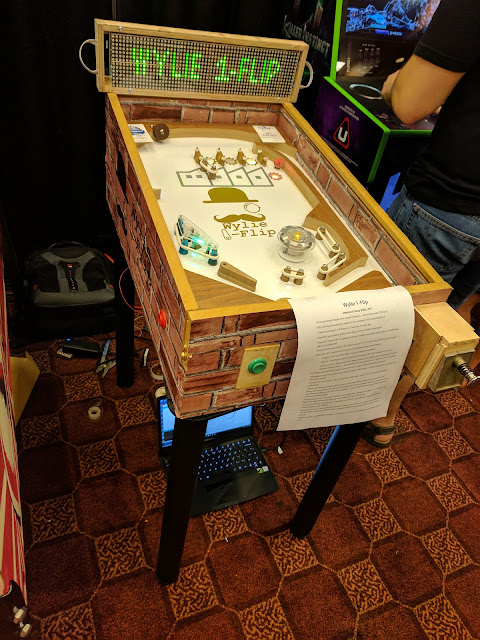 From walking the show floor at Texas Pinball Fest 2016, I couldn't help but get the vibe that something novel and big would be in store for TPF 2017 -- something beyond the big but also typical/expected releases of commercial games such as The Big Lebowski and Ghostbusters  (more on those later), but in fact the ushering in of a new era: totally home-brew and open-source pinball.  As the re-themed games became more impressive from 2015 to 2016, and with easy access to leaning about hardware, fabrication techniques to develop new things and restore/renew/improve on old things, and a rejuvenated fascination with pinball in general, it was not surprising to me in the least that we would see someone totally knock it out of the park like Scott Danesi did at TPF 2017 with Total Nuclear Annihilation . However, just in case Scott wasn't there with his amazing game (for which I placed one of the pre-orders slated to ship sometime in 2018), I wanted to produce some work as well in ord
Post a Comment
Read more
More posts