Showing posts from September, 2014
Show all

Make your own dual programmer in AVRDUDE 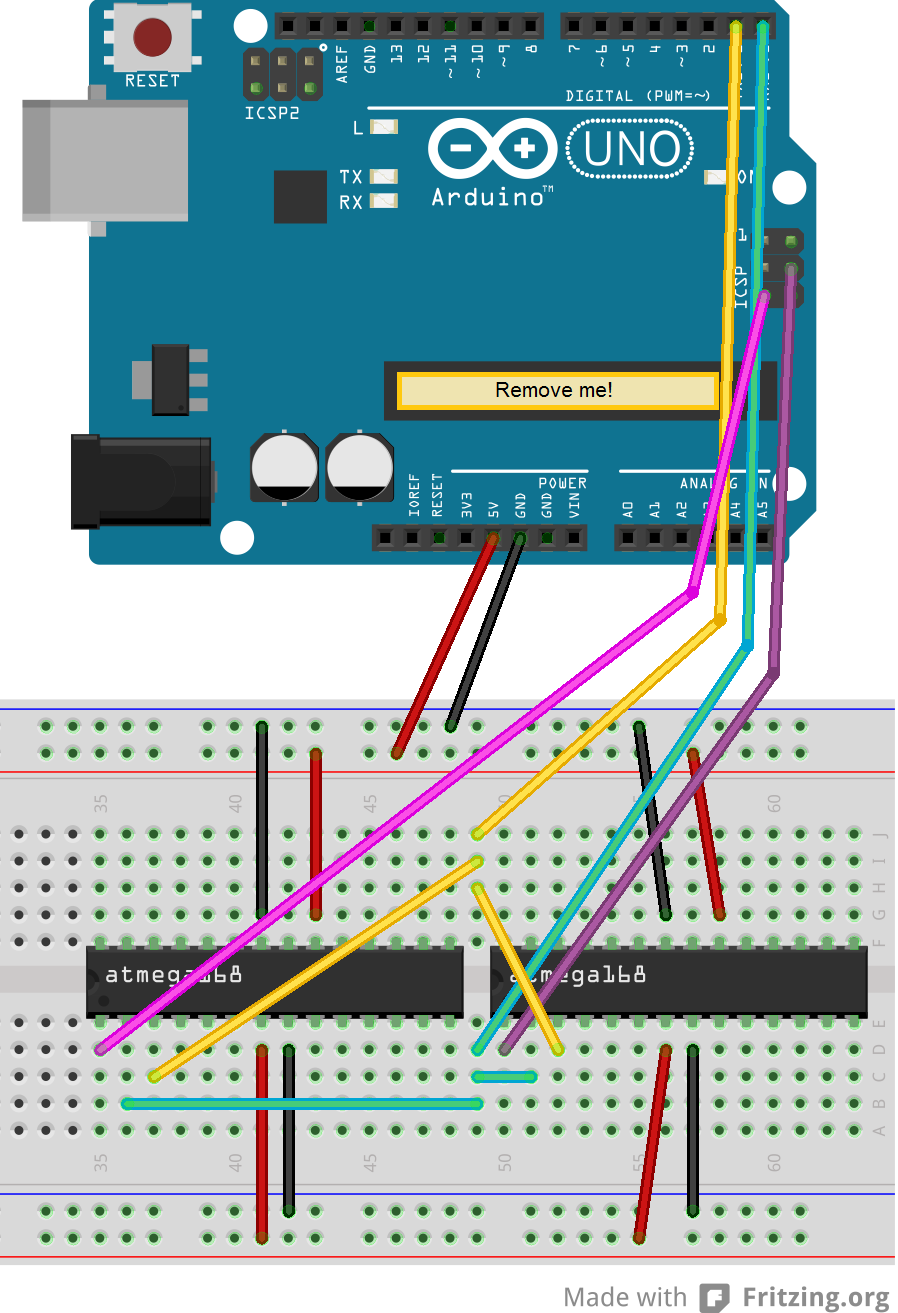 Those of you who have programmed an Arduino through the Arduino or AVR Studio IDE may have noticed the utility that is really doing the work: AVRDUDE (AVR Downloader/UploaDEr).  This is a powerful program that can facilitate programming new sketches on top of a bootloader, load a brand new bootloader or chip image, capture the current firmware programmed on the chip, and set fuse bits (which can render your chip unusable without special tools if you're not careful).


You mean I could have been doing this the whole time?
The LEDgoes USB Communicator supports both programming over serial (bootloader must be present) or via ICSP bitbang (very slow).  The ICSP operation is identical to Adafruit's FTDI Friend product.  The serial programming is identical to the Arduino, except that in my case, I'd like to be able to program two ATmega chips at the same time without switching cables.  What's the best way to do this?